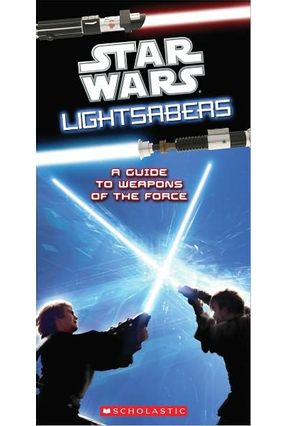 How cool is that? Lightsabers depicted in the first two released films, A New Hope and The Empire Strikes Back, had blades that were colored either blue (for the Jedi) or red (for the Sith). Luke Skywalker 's new lightsaber in Return of the Jedi was colored blue during the initial editing of the film, and appears so in both an early movie trailer and the official theatrical posters. Star Wars gave us the Lightsaber.