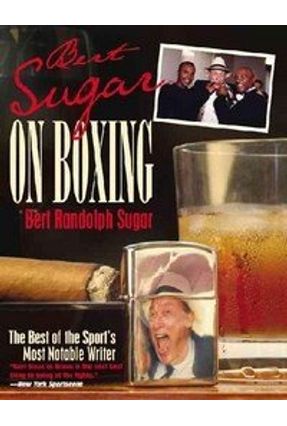 Among his boxing books are Great Fights, Bert Sugar on Boxing, 100 Years of Boxing, Sting like a Bee (with José Torres), The Ageless Warrior (Preface, with Mike Fitzgerald) and Boxing's Greatest Fighters. Bert Randolph Sugar, one of the most recognizable and colorful personalities in boxing, is also regarded as one of the sport's most outstanding writers and historians. He has served as the editor of The Ring, Boxing Illustrated, and Fight Game magazines, and is the author of over fifty books.